How high can Alphonso Davies soar at FC Bayern Munich? 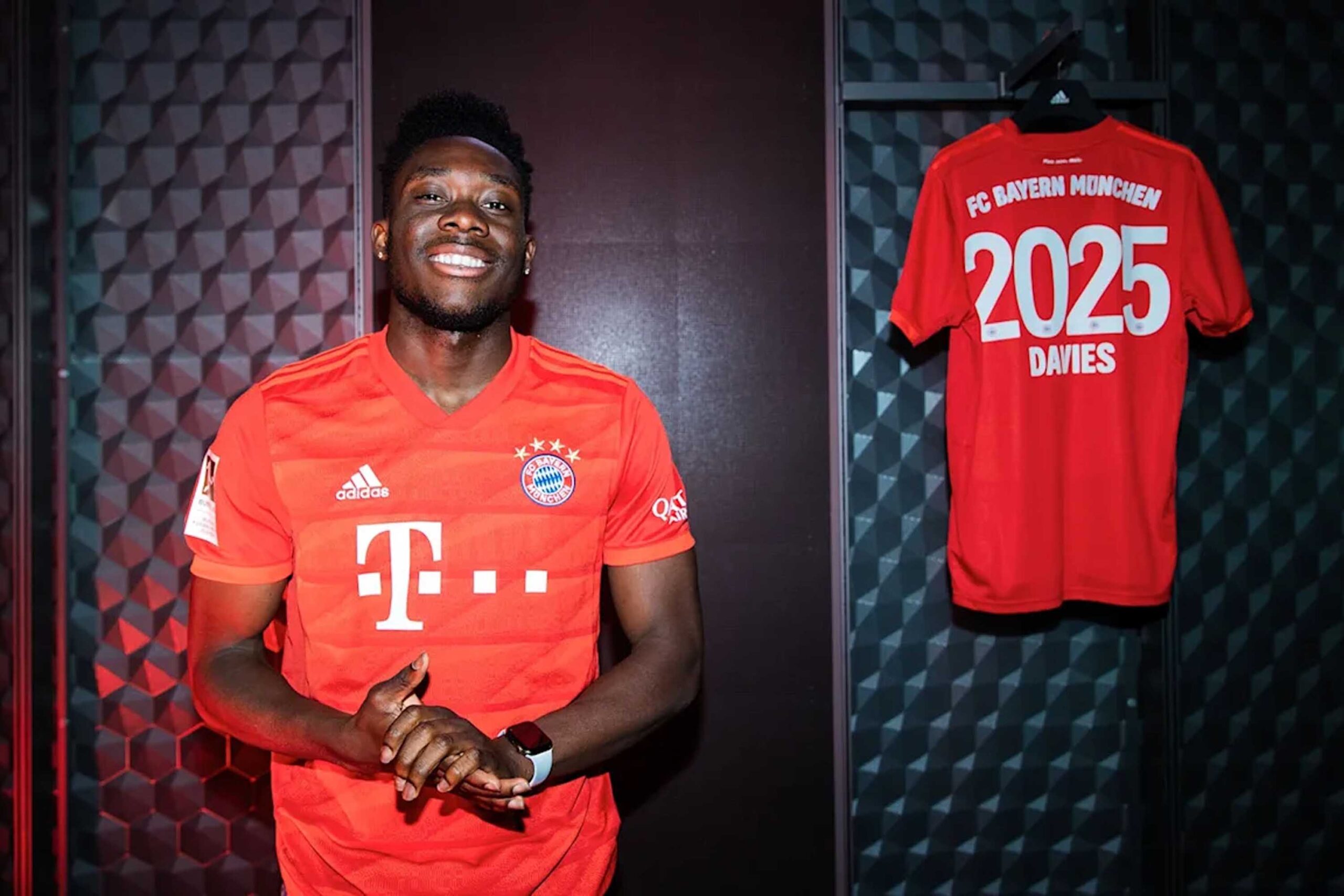 When Hansi Flick took over as manager of Bayern Munich back in November, one might not have thought that the accelerated development of Alphonso Davies would be where it is now.

Injuries opened the door also. Most notably, the injury to Lucas Hernandez who was bought by Bayern for $90 million and started all 7 games in France’s World Cup triumph.

Deployed as a winger higher up the field for Canada, Davies is not only thriving as a left back for Bayern. His ability to learn and grow tactically as a player is only testament to a young man willing and able to learn.

And, oh by the way, Bayern recently signed him to an extension until 2025. How is that for a stamp of approval!

You watched him up and down the left side in “Der Klassiker,” which Bayern won 1-0 on a goal from Joshua Kimmich.

Sure. Seemingly, he was out of position on a few occasions but with his “eye popping” speed was able to put out fires and attacks before they became damaging.

Yes, that thing called “recoverability” is not something all defenders possess. Recoverability also allows him to take more risk than most outside backs.

Let’s also not forget his ability to “cover” his center backs laterally from the left back position.

His ability to get more “sprints” in per game than other players allows him to go box to box and provide width and threat in attack and help control his side of the field.

And, lets remind ourselves that it is his pace both with (off the dribble) and without the ball.

Now, I am not ready to call him the “best left back” in the world but I am surely tuning in as often to watch him because with the way he plays the game he is entertaining as well.

While Liverpool’s Andrew Robertson and Trent Alexander Arnold may be the gold standard of a pair of attacking outside backs in the world game, one has to simply look at the potential of Benjamin Pavard and Davies as a pair.

I had the opportunity to call his first international goal when calling the 2017 Gold Cup and I remember thinking – Davies then a 16-year-old – “what an upside he has” but never did I dream it would happen this quick.

Who knows? Maybe one day Davies will be mentioned in the same breath as legendary Bayern outside backs like Paul Breitner and Phillip Lahm.

Either way, it is sure exciting to see how far this grounded, young talent can take his game.

You can bet your last dollar that Vancouver Whitecaps fans are following the career of Alphonso Davies at Bayern Munich in the German Bundesliga.

Add to that, Canadian National Team supporters and MLS fans in general. What is not exciting about watching the growth of a soccer player?