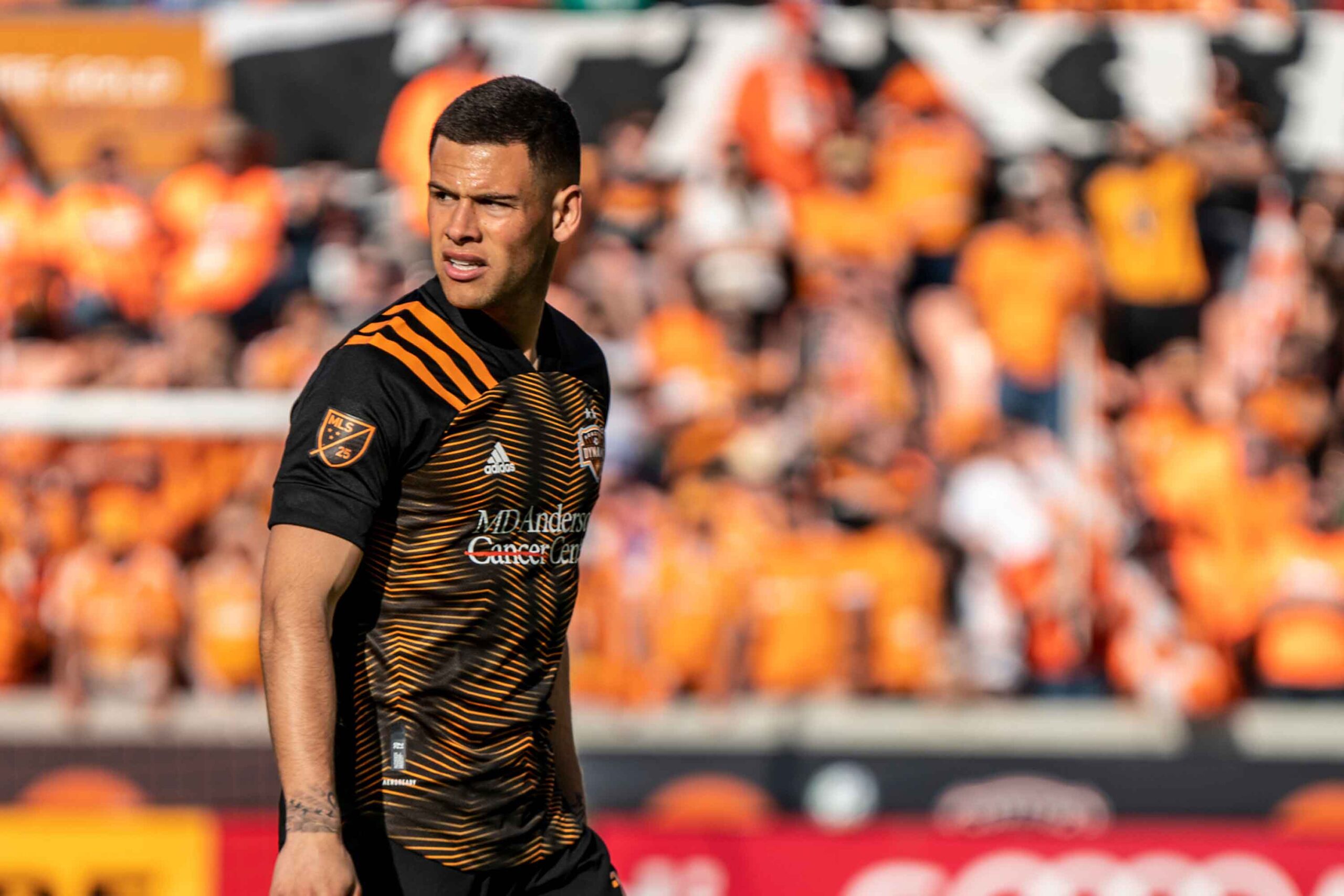 With MLS shutdown and no games, I find myself wanting to talk Houston Dynamo, futbol, roster and tactics. Of course, this is difficult without matches to analyze and form opinions about.

In fact, this is an area in Houston that will hopefully rise when it comes to watching a Dynamo match. More analysis. More conversation which is all healthy and a necessary element in an MLS city.

This brings me to a wonderful interview with Christian Ramirez last week on Soccer Matters on ESPN Houston 97.5 FM, presented by The Daspit Law Firm.

I’m glad I don’t take this game for granted because it lets you escape everything that’s going on in the world. When you are at practice, when you are on the field in games, under the lights in front of 20,000 people, it truly is something like, like you go to your therapist in a way. When people say they go to the teraphist and they air out everything, that’s how it feels when you go play soccer – you feel so free, like the world’s lifted off your shoulders.

Christian was very open, spoke of new realizations, his story of trial to get to where he is which is a huge lesson for youth players who sometimes don’t receive the correct balance of success and disappointment.

The interviewed was so good I re-aired it on Soccer Matters on The Horn 104.9 FM in Austin on Wednesday night.

This quote though was one in the interview that spoke directly to the Dynamo lineup and a possible front four that includes Ramirez, Manotas, Quintero and Elis which we have discussed on the show.

I asked him if the four could play together and here is a part of how Ramirez answered:

“Of course, you don’t have to tell me twice. Thats what I dream about… Mauro and myself showed the willingness to play with each other, to sacrifice both offensively and defensively.

“Those sacrifices were minimal because our game meshed so well together, ” he went on to add.

Dynamo manager Tab Ramos has not had the full compliment of those four available due to injury and it may be the plan all along.

Getting back to the U.S. Men’s National Team

Ramirez made his USMNT debut in 2019 with two appearances during January camp. He picked up his first international goal by putting the U.S. up 3-0 over Panama in a January 27 friendly at State Farm Stadium in Glendale, Arizona.

“I’ve been itching [to return to the national team]. From being one of the last ones to get a phone call from [Manager Gregg Berhalter]  to not make that Gold Cup roster. That stung because I had been in the previous two camps.”

Playing under Bob Bradley at LAFC

“The first word that comes to mind is demanding. Bob’s a really demading coach.

Adapting to change and climbing the U.S. Soccer Pyramid

When looking at the chronology of Christian’s career, he started his college play at UC Santa Barbara (2009-10) and didn’t play as much as he’d like. He transfered to Concordia University Irvine and scored 40+ goals, rediscovering his goalscoring with the Eagles. At the same time, he played in the USL PDL with the Orange County Blue Star. He goes on to the then-USL PRO (now USL Championship) with the Charlotte Eagles.

Ramirez made his mark with Minnesota United in the NASL, scoring 51 goals in 90 appearances, which sees him make the jump with MNUFC to MLS. He scored 21 goals in the Loons before being traded to LAFC in 2018 and eventually to Houston last summer.

“It’s been a journey. It’s been fun. The whole time, I just think to myself, I hope I inspire somebody who isn’t a top draft pick, who maybe isn’t taking the path that everybody believes is the correct path. We all have our own story… I’ve never been scared of putting in the work. I come home and, I’ve trained with so many guys that are in the USL or the NPSL or the new NISA league. They look at me and they say, “I’m grateful that you’re here training with us, I’m able to reach out to you and pick your brain, ask for advice” and stuff that like because they don’t have another option. They’ve given it their all to try to make it in soccer and it’s pretty awesome to be able to give back in that way.”

Dad inspired “never give up” attitude

“I was born in California and then my dad lost his job so he packed up our family – at the time it was just me, my mom and my dad – and we moved back to Colombia. We were there till I was about six years old, my sister was born there. My dad, during that timeframe, was down on himself because he felt like he gave up on his dream and our family. Because he wanted to come back to the United States and give us an opportunity that he didn’t have growing up and he did it again, he took another chance and came back, he made it work.

“He’s laid it all on the line for me and has never complained or made any excuses. I think that’s something that stuck with me from the day that I was cut from my state team at U14. I just started to work and, said, ‘I’m going to use this and I’m not going to get cut the next year.’ Then, I go to college and I didn’t play my first two years and I kept working. It’s just something that my dad taught me, to never give up and believe that “you deserve to be here.”

Family a priority during league-wide moratorium

“I already had so much respect for what my wife does to allow me to go out and perform on a day in and day out basis, and go to practice and travel on the road and her be home with our daughter. Being home and seeing what a day in, day out of a whole day with our daughter entails and the energy, and the effort that it takes, that we don’t regularly see because we’re out at practice for five, six hours is really, trullly amazing.”

Appreciate you having me on! Might have to start making a segment soon ?