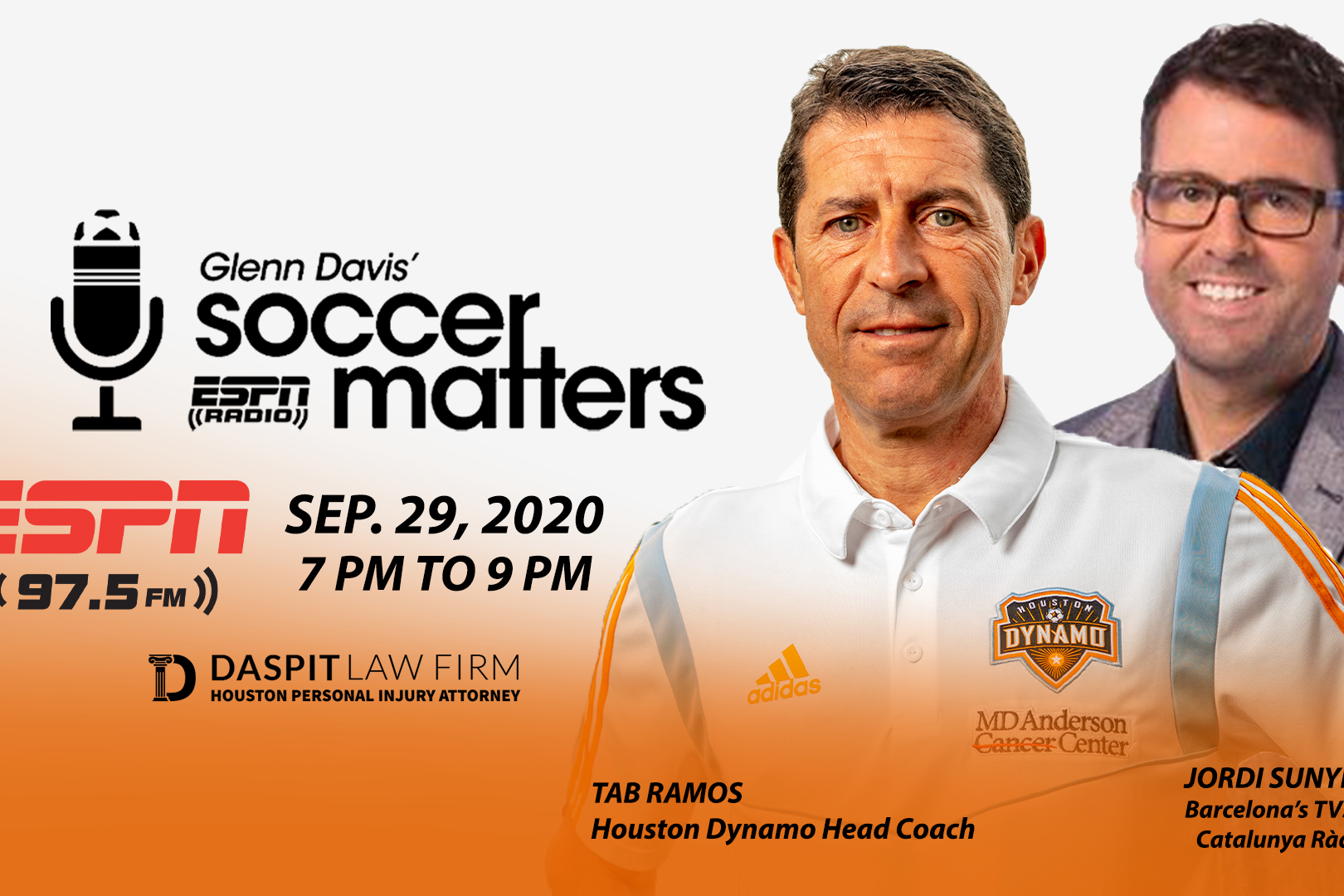 Glenn Davis recaps the week in soccer including action in the Premier League, La Liga, Bundesliga and Serie A. Houston Dynamo Head Coach Tab Ramos (17:51) joins to talk about the expectations around Memo Rodriguez, Mauro Manotas and the upcoming match against SKC. Todo Dynamo’s Federico De Michelis (36:42) joins the program to discuss the reports of Argentine Winger Mateo Bajamich’s imminent arrival to the Dynamo. In the second hour, Sporting Kansas City midfielder Gianluca Busio (51:25) speaks on his upbringing in the sport and his path to becoming one of his team’s influential players at the age of 18. Jordi Sunyer of TV3 and Catalunya Ràdio in Barcelona (01:06:50) joins at the end of the show to report on Ronald Koeman’s start as FC Barcelona manager.