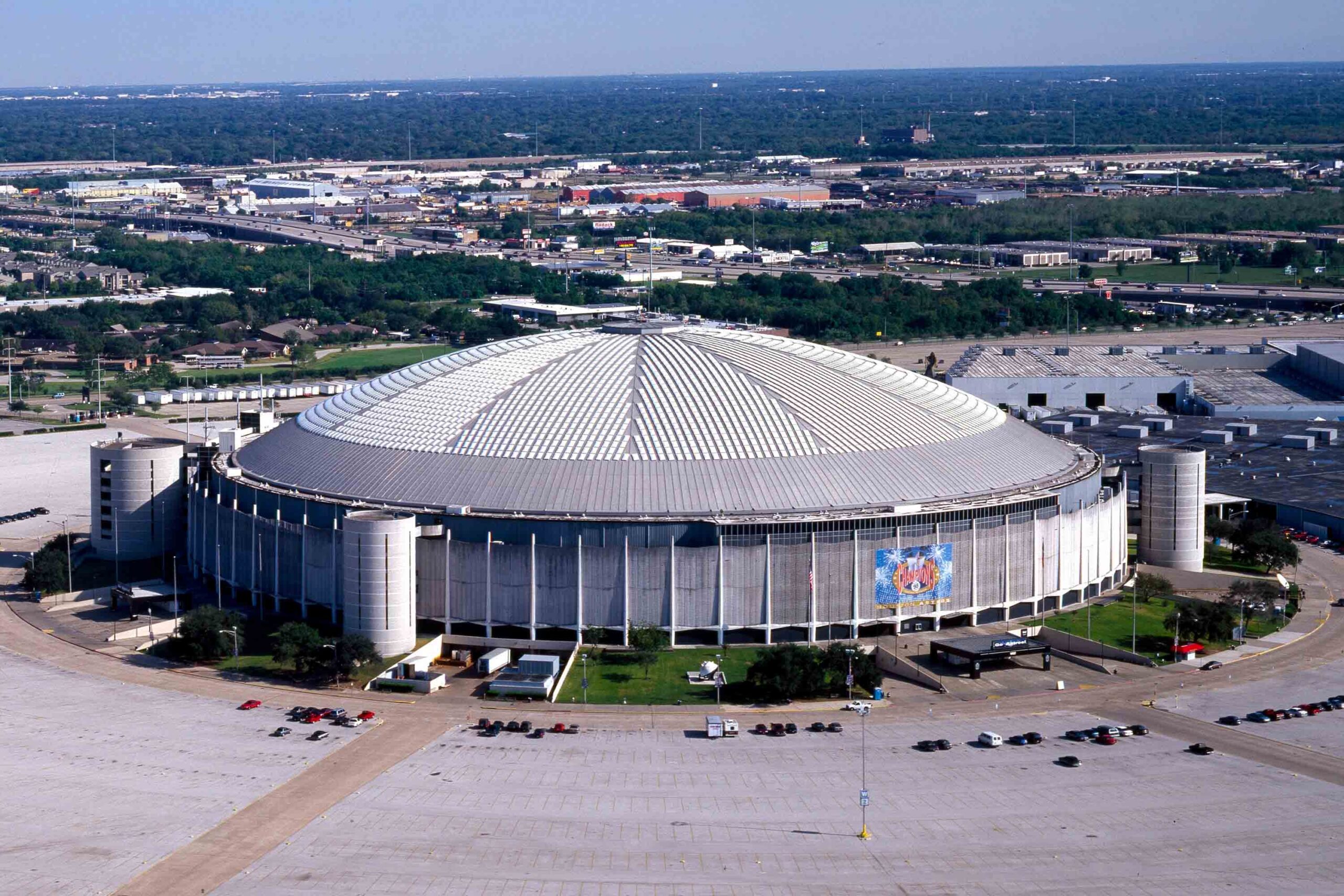 So today is the birthday of the world’s first multi purpose domed sports stadium, the Houston Astrodome, which opened in 1965!

Houston Mayor Roy Hofheinz was a huge proponent of the “Eight Wonder of the World” that housed the Houston Oilers, Houston Astros, Houston Rockets, the Houston Livestock Show and Rodeo and monster rock bands like the Rolling Stones.

I remember as a kid my Uncle and Aunt telling me they drove to Houston to see the Astrodome in their classic VW camper.

We have done a poor job of preserving our Houston soccer history at the professional level in Houston, so this birthday gives us the opportunity to remind of professional soccer teams that were tenants in this remarkable stadium.

Random soccer history, dug up from the catacombs:

Great player, great uniform: Paulo Borges, Brazilian star of the ‘60s, in the uniform of the 1967 Houston Stars of the United Soccer Association, a one-year predecessor to the NASL, posing in the Astrodome and facing LA Wolves pic.twitter.com/jXOhZP9XUY

The Houston Stars and Billy Psfidis, still in Houston, played in the Dome in the USA/NASL soccer league in 1967 and were one of the early tenants.

The Houston Hurricane of the NASL played in the Dome from 1978-80 and featured players like Bobby Lennox from Scotland and Celtic (one season in 1978 scoring 3 goals), that had won a European Cup, and Kyle Rote Jr a budding American star who played one season in 1979 – a year they won 22 games. Average attendance was noted at 6,222.

They were a benchmark for me as following them would be the Houston Dynamos, whom I played for. I remember going to Giants Stadium to see the Hurricane play the New York Cosmos in the summer on break from college.

Here is a little known fact:

There was a dinner meeting I attended with Club America owners and then Houston Dynamo President Oliver Luck.

This was at a time when we in the soccer community, through all our channels, were lobbying for MLS to come to Houston. It was also obviously before the San Jose Earthquakes were relocated here, ultimately, and we became the Dynamo. Not many even know of this story.

Club America owners had a plan and wanted to lease the Dome, bring in a team, provide little investment in the facility and use solely the lower bowl for fans.

How’s that for some Houston Soccer history!

How Real Madrid and West Ham United will forever be connected to Houston, Texas
April 27, 2020